Her Majesty Queen Elizabeth II - a life of service, devotion and duty 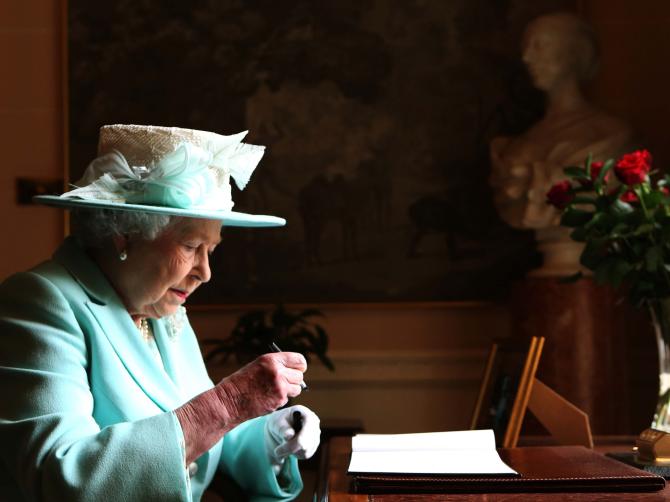 Elizabeth II was educated at home and began to undertake public duties during World War Two, serving in the Auxiliary Territorial Service.

In 1947, Elizabeth II married Philip Mountbatten, a former Prince of Greece and Denmark, with their marriage lasting 73 years until his sad death in April last year. The pair had four children together: Charles, Anne, Andrew and Edward.

After Elizabeth’s father died in 1952 – she became Queen at the age of 25 – as well as the Head of the Commonwealth.

Known for her sense of duty and her devotion to a life of service, The Queen was an important figurehead for the UK and the Commonwealth during times of enormous social change such as the Troubles in Northern Ireland.

Her first official visit to Northern Ireland was as Princess Elizabeth in 1945 alongside her parents as part of a ‘Victory Tour’ of the UK following the Second World War. Engagements included a garden party held for war workers at Botanic Gardens in Belfast.

Her first trip to Northern Ireland as Queen came in 1953 when she visited Lisburn, Hillsborough, Belfast, Ballymena, Ballymoney, Coleraine, Lisahally and Londonderry alongside the Duke of Edinburgh. Lord Wakehurst, the Governor of Northern Ireland, declared a Bank Holiday to allow as many people as possible to greet the Royal couple.

Other visits included to open the Queen Elizabeth II bridge in 1966, to the University of Ulster in Coleraine in 1977.

In total, Her Majesty visited Northern Ireland on 56 occasions.

Famously she shook hands with Martin McGuinness during a visit to a charity event in Belfast in 2012 and she spoke Irish when she became the first British Monarch to make a state visit to the Republic of Ireland in 2011.

Earlier this year The Queen had been due to attend a cross-community church service in Armagh, a city she visited on a number of occasions during her reign. However, on the eve of the service at St Patrick’s Church of Ireland Cathedral, it was announced that she would not be attending due to ill health.

Other significant events which occurred during her reign include the decolonisation of Africa and the United Kingdom's accession to the European Communities and withdrawal from the European Union.
Celebrating her Platinum Jubilee earlier this year, The Queen was the longest-lived and longest-reigning British Monarch, the oldest and longest-serving incumbent Head of State and the second-longest reigning Sovereign Monarch in world history.