A life dedicated to the service of others: the story of Father Donall 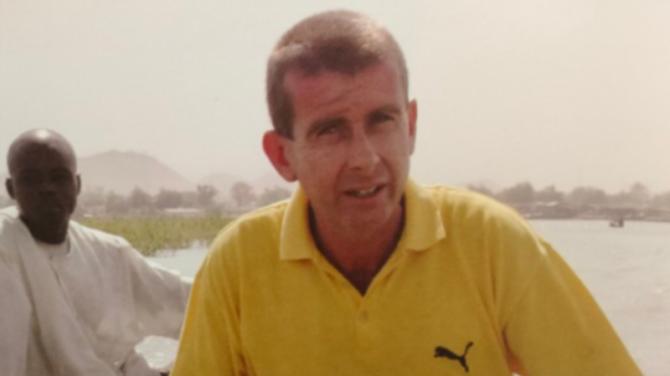 "THE highest of distinctions is service to others"

If there exists anyone man who has lead a life which most exemplifies this quote regarding the highest of honours that someone can hope to attain in their lifetime it would be Father Donall O'Cathain of the Society of African Missionaries.

From just the young age of 17 Father Donall, in conjunction with the Society of African Missionaries (SMA), has dedicated his life to helping the people of Nigeria in his constant unwavering efforts to both establish schools in some of the countries most deprived regions as well as introduce the inhabitants of Nigeria to the good news of Jesus Christ.

Now in his 59th year and after having worked in the country that he loves for the people that he loves for the past two decades in conditions that would not have been to dissimilar to how rural Ireland may have been just a few short centuries ago, Father Donall has come forward to relate his experience of what it is has been like to bring the almost incalculable values of faith and education to the people of the country that he holds closest to his heart in his capacity as a priest working for the SMA.

According to Father Donall he can trace his evangelical efforts in Africa back to his most formative years, with the county Cork native claiming that even from a young age he “ felt a closeness with God “and was aware of the fact that he wanted to “give his life to God in some way.”

“I am originally from Cork city and I grew up there. I had a connection with the SMA in Cork and was up and down to Drumette from time to time and got to know Newry very well.

“From when I was very young, I had an interest in the priesthood. This interest gradually developed as I got into my teenage years. I felt a closeness with God and wanted to give my life to god in some way but I was not sure how it is I was going to do this.

“However during your teenage years, you can get a bit confused regarding what it is you want to do with your life and I wasn't sure what it is I wanted to do. There existed a connection between my family and an SMA who provided me some information on the lifestyle whilst I was finishing my leaving certificate at school. So, After school I joined the SMA when I was 17 in 1982, I then went out to Africa as a seminarian which is a student priest in 1986 for a year. I went to Nigeria which is in the west of Africa

“As a young guy it was very exciting and Nigeria definitely wasn't boring in 1986, there were a lot of things in Nigeria that I never saw before like the people, the pace of life, the population and the openness and friendliness of the countries inhabitants.

”I then came back to finish my studies in Maynooth college and was ordained in 1990. I then returned to Nigeria that same year as an ordained priest.”

Whilst he was initially stationed in Nigeria with another priest who was already well established in the country for a number of years, it would not take long before either fate or God called Father Donall to carry out his own mission in the country where he would undertake his lifelong labours of love for the people of the nation that had adopted this son of Cork who had chosen to dedicate his life working to improve their wellbeing under the blistering and unforgiving sun of sub-sahran Africa.

“When I started out in Nigeria, I learned the language and I also spent some time with another priest who was there for many years previously. After this period of time, they gave me my own appointment in the country.

“My main purpose at this time in Nigeria was missionary work where one of my main goals was to introduce people to Jesus. But first we had to identify what were the major issues in the region and one major issue was the lack of education. It was not even a case that the government didn't provide public schooling, but it was a case that people didn't want to go to them as then the people didn't have an interest in education as they were farmers and they wanted to farm and this was it. The mentality then was that anyone who went to school was lazy. So, we resolved ourselves to work with the people until they decided that their children should get an education.

“We started this with a literacy programme and over the course of twenty years we got to the stage where the people who had done literacy courses wanted more for their own children so we started the ideas of establishing the school.

“After the establishment of the literacy programme in 2004 we started meeting with parents from a very large geographical area and they promoted the idea of establishing a school in the area that all their children could attend. After this meeting we got the O'lay sisters, who also have a link to Newry and are now all Nigerian, to agree to come and manage and run the school because they were trained teachers.”