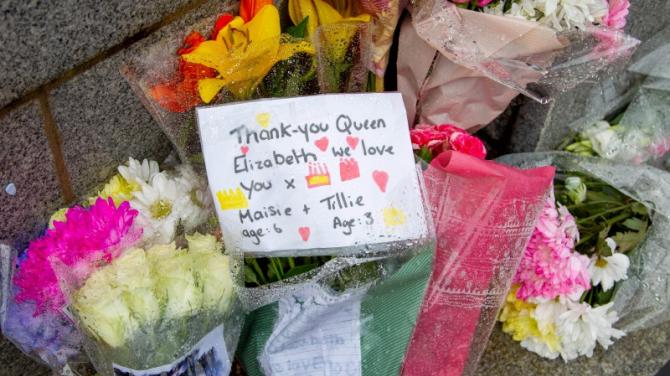 MOURNERS of all denominations have been welcomed to pay tribute to the life of Queen Elizabeth at a floral tribute that will be held on the grounds of Saint Mary’s Church Hill Street.

Until September 19 mourners can come along and leave a floral wreath in respect of the late monarch, which will be followed by a special church service held this Sunday in Saint Mary’s church at 10am.

Welcoming all those who would like to pay their respects ,Reverend Scott McDonald extended an open invitation for “ anyone from any walk of life, from any Christian denomination, from any other faith or of no faith at all to come along and pay a floral tribute” to the late Queen.

“Between now and September 19 the church gates will be opened between 9am and 6pm for anyone who would like to come and lay a floral tribute, or for anyone who would like to come and say a short prayer, or pause for a moment of reflection. The floral tribute will give people the time and space to be able to respond to the passing of Queen Elizabeth. It is an appropriate time and space because it is taking place from now until the funeral.

“There will also be a service commemorating the life of Queen Elizabeth the second at 10 am on Sunday September 18 in Saint Mary's Church on Hill Street as well as at 11am in Saint Patrick's Church on the same day.

“Because the service is taking place on the eve of the Queen's funeral the event will be specifically dedicated towards the memory of Queen Elizabeth The service will also pay respect to King Charles III and to provide prayers for him, the Royal family and the country.”