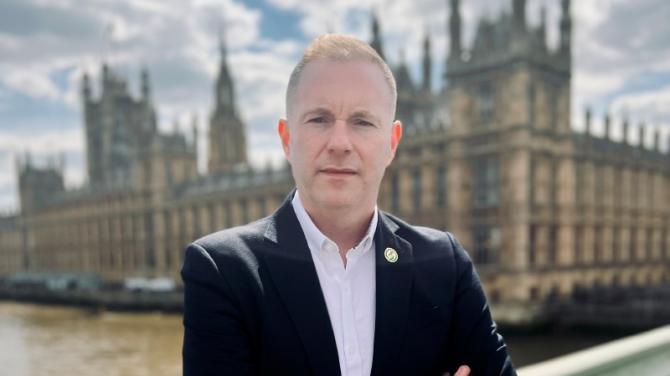 Sinn Féin MP Chris Hazzard has said the British Prime Minister must urgently work to restore the Executive at Stormont in order to put money in the pockets of workers and families who are struggling with the cost-of-living emergency.

Speaking from Westminster, the South Down MP said:

“Liz Truss must immediately work to restore the Executive and Assembly so we can help people who are struggling with soaring costs.

“Workers, families and small businesses across South Down are struggling with energy bills that are simply out of control and unaffordable. They need help now to tackle this cost-of-living emergency.

“The British government must act now to cut people’s bills and stop big energy companies from ripping people off by taking real action.

“Liz Truss should stop facilitating the DUP’s destructive and self serving boycott of government. Sinn Féin is ready to form an Executive today to put money in the pockets of workers and families and invest an extra £1 billion in our health service.

"The fact that she is the fourth British Prime Minister in ten years, is a reminder that the Tory chaos at Westminster has failed ordinary people and put its own interests first.

“We need a change of tack from this British government. One that honours international agreements and respects the outcome of the Assembly election in May when people voted for real change.”