The Quays in Newry to close on Monday 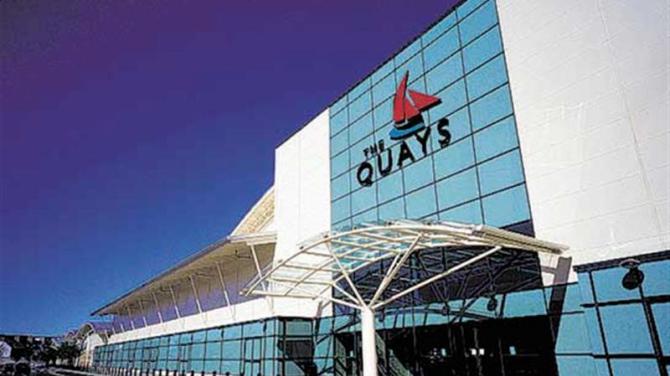 ANCHOR tenants at The Quays in Newry, Sainsburys, Marks and Spencer, Next, H&M, River Island and O’Neill’s, along with other retail stores in the centre have indicated their decision to close on Monday as a mark of respect for the funeral of Queen Elizabeth II.

The Quays shopping centre will therefore be closed all day on Monday 19th Septembver and will reopen for trading on Tuesday 20th September.

Yesterday, the Buttercrane anchor tenants Primark, Dunnes, Sports Direct & Lidl - alongside a high number of our retailers - indicated their intention to close also

Buttercrane Centre will be closed all day Monday 19th September and reopen for trading as normal on Tuesday 20th September at 9am.

Newry BID has received multiple requests from members seeking clarity as to what businesses in Newry intended to do in relation to closing or remaining open for Queen Elizabeth’s funeral on Monday September 19th which is a Bank Holiday.

We have engaged with other organisations and bodies and, in short, there isn’t a universal position.

We have noted the below;

Businesses should communicate with their team what their plans are, as soon as possible. It is expected that the multi-national grocery retailers etc will confirm their arrangements in the coming days. Many businesses with UK headquarters or connections have already confirmed that they will be closed. We understand however that this is simply guidance. There is no legal requirement to close and therefore it will ultimately be down to the individual business owner’s personal choice.