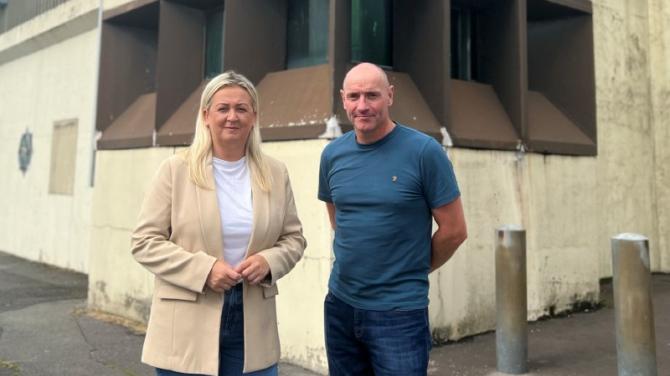 “We are pleased to receive confirmation that notice of the disposal of the former PSNI station has gone out to all public sector bodies for expressions of interest in the property - this could be Council, Housing Associations, Community Groups and other Government Departments.

“The process of revitalising the building will begin in the next few weeks with the removal of the Sanger which will provide more pedestrian access.

“Sinn Féin have been working on delivering this site back to community use for a number of years and it’s great to see we now have the opportunity to do that.”

“Sinn Féin will continue to work hard to deliver real change in Warrenpoint - this is an exciting opportunity to breathe new life into the area and improve the lives of those living here, boost local business and attract new visitors to the town.”

Back in 1989, The Provisional IRA left a bomb in a stolen van in a yard beside Warrenpoint RUC Station.

It exploded, killing Joanne Reilly (20) who was working in a builders portacabin office beside the police station.

Minutes after the no-warning bomb ripped Warrenpoint apart, Joanne’s parents frantically rushed from shop to shop looking for their only daughter.

They knew that she had been in the shop which bore the brunt of the massive explosion.

Soon after wards firemen found her body underneath the rubble.

Another female worker was pulled from the wreckage after being trapped for 30 minutes. The blast also injured nine police officers and more than 30 other people. About 200 nearby houses were damaged.

The I.R.A. said the bomb went off prematurely, and that the death of the young Catholic woman was an accident.