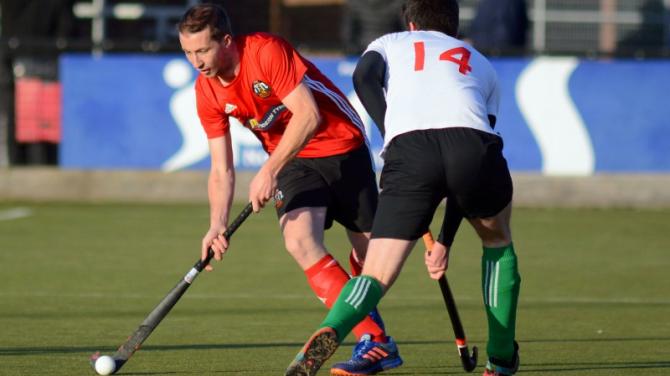 NEWRY hosted current league champions and last year's treble winners Kilkeel on Saturday and were brought back down to earth with a bang after last week's good result away to Raphoe as they were knocked for six.

This was Newry's first home game of the season the first of just two home games in their first eight fixtures and it could not have started much worse.

The home side, having taken the push back, were immediately put under pressure and gave the ball away in their own half with Kilkeel pouncing straight away going one up in the first 30 seconds of the game.

Newry did fight back and try to get an equaliser when they won a short corner and were awarded a penalty stroke from the resulting attempt, however, Colin McKnight's penalty attempt was saved well.

After this Newry struggled to put Kilkeel under any sustained pressure as the away side struck again with 25 minutes gone with a well placed short corner, and just two minutes later it was three with another drag flick low into the Newry net.

At half time Kilkeel were three goals to the good and it did not look like Newry could get back into the game.

In the second half Newry did manage to put a better showing winning a number of short corners but Colin McKnight was denied twice by the Kilkeel keeper to keep the score at 3-0.

As Newry pressed forward Kilkeel used their pace and hit quickly on the counter winning a short corner and scoring again from another drag flick.

Keith McWilliams did manage to pull one back with a great reverse stick finish from wide left in the circle.

The home side kept pressing and did not seem to learn as they were caught out in the counter with the away side again catching them out and scoring two quick fire goals for a resounding victory.

The job doesn’t get any easier as Newry travel to Instonians next Saturday for their third game of the season.

Newry Olympic Hockey Club would like to thank match sponsor EOS IT Solutions.

NEWRY'S first game of the season was a tough one as they travelled to Cookstown, always a tough place to get a result but they managed to come away with a share of the spoils.

Newry started slowly as they showed signs of rustiness in this first fixture and took a while to get into the game.

Cookstown took advantage of this and pounced on a misplaced pass to catch Newry off guard and go one up with 20 minutes gone.

However, this lead was short lived as Gareth Moffett and Michael McCullough linked up well with a one two before McCullough slotted home to get the game back on level terms.

On the stroke of half time Cookstown got back in front with a great solo goal.

In the second half Newry looked the more dangerous side as the surged forward in their search for the equaliser.

It took a while but they eventually got their second with the ever running Josh Porter firing home a low reverse stick shot.

The visitors continued to create chances but could not get the elusive third goal and had to settle for a draw.

Newry’s next match is home to Bangor on Saturday at 4pm.