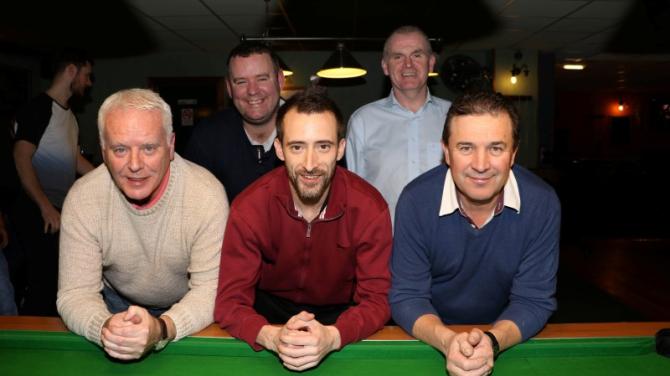 QUARTER Bar looked comfortable in their win against Granvue in the Newry Blackball Pool League.

Mark Shevlin gave the south Armagh men the lead with his 2-0 win over Paul Brown before Richie McGee levelled the score when he beat Johnny McCreesh 2-1.

But that was as good as it got for the Omeath side because Quarter Bar won the next three games on the trot with Stephen Rushe, Gus Hughes and James Tucker doing the needful. And with the points in the bag, Shane Feehan won a consolation game for Granvue.

THIS was as straightforward a win as the scoreline suggests as TJ’S had the points in the bag before Niall O’Hare won the consolation game for Q Club.

Paul O’Callaghan, Conor McCooey, Manny Byrne, Steve Noade and Tristy Byrne were in exceptional form as they only dropped two frames between them before Q Club replied with Niall O’Hare grabbing that win.