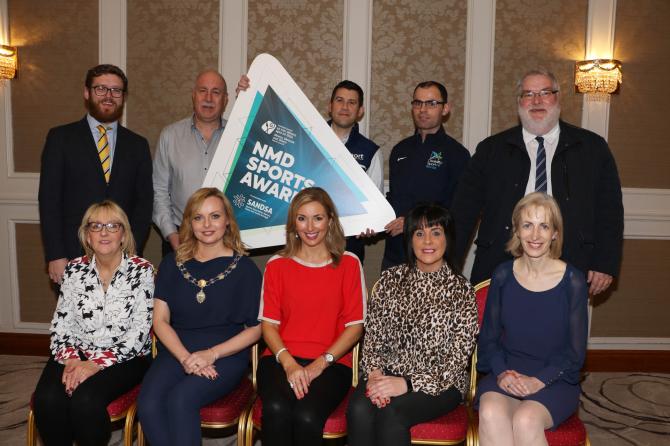 NEWRY, Mourne and Down District Council in association with the Sports Association Newry, Down and South Armagh (SANDSA) has announced the finalists of its inaugural sports awards.

The winners of the NMD Sports Awards in association with SANDSA will be unveiled at the Canal Court Hotel and Spa, Newry on Thursday, March 7, 2019. Tickets for the gala dinner and award ceremony are now on sale.

Newry, Mourne and Down District Council Chairman, Councillor Mark Murnin said, “I am delighted that these new sports awards will recognise the considerable achievement of individual sports people, clubs and all those whose efforts deliver sporting experiences and success in our district.”

The 13 categories within the awards recognise the achievements of the district’s sporting stars as well as the efforts of coaches, volunteers, mentors, teachers, and parents that support sporting endeavour throughout the area.

Finalists for the awards have been agreed by the judging panel, with the following nominees being shortlisted:

Down Netball under 14 Team

Sportsperson/Team of the Year with a Disability 2018

Young Sport Volunteer of the Year 2018:

Senior Sport Volunteer of the Year 2018:

Disability Coach of the Year 2018:

Young Technical Official of the Year 2018:

Junior Sportsperson of the Year 2018:

Senior Sportsperson of the Year 2018:

Senior Technical Official of the Year 2018: