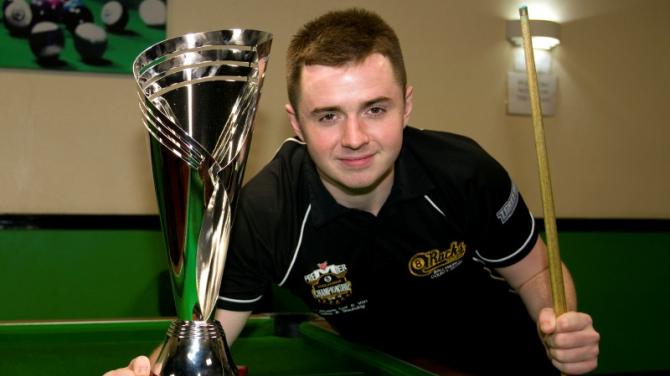 MAYOBRIDGE'S exceptional cueist Declan Brennan says his recent Liberty Games Open Supreme Series Pool victory is vindication for his decision to give up his dream of becoming a professional snooker player.

Brennan was a heartbreaking blackball away from making the professional snooker tour, losing 6-7 to Iran's Soheil Vahedi. That defeat was a bitter disappointment, but homesick Brennan took comfort from knowing he gave himself a fair crack at becoming a professional snooker player and that he could make a living from playing pool.

“It was hard to give up something that you have practised for all of your life,” said Brennan.

“It is one of those things and it was the right decision. It is a change and a new challenge and something I could become very good at and make a good living at it.

“It is always nice to see something pay off and considering I have practised all my life to play snooker and then give it up, this win has made that decision even more sweeter. It is vindication.”

Supreme rules is a mixture of the blackball pool rules and world pool rules, something the Mayobridge lad is confident will take over and he is delighted to have picked up his first major title at Gareth Patson’s club in Stoke at the start of the month.

“It feels great, I decided just over a year ago to start taking pool a bit serious and putting more them and effort into it by giving up the snooker and it seems to be paying off,” said Brennan.

“This is my first big win over in the UK but I have won quite a few events in Ireland, so I have seen a steady progress.”

Brennan was a young snooker sensation, he was only eight-years-old when the Newry Democrat first wrote of his potential and he won snooker titles in Northern Ireland and Ireland at U14, U16 and U18 and then in his twenties he spent over a year in England aiming to make the breakthrough on the professional circuit.

“When I went over to England it was a different game and there were so many Asian players making the breakthrough, especially the Chinese.

“It is a full-time job, you need to be really dedicated and be able to put all your eggs in the one basket and hope that it pays off,” Brennan said.

“But you can't make a living from dedication alone and I had to make the decision and I feel that I have made the right one.

“I gave myself a chance in England and now that I have come home to Mayobridge I am willing to give pool a go and it is working out for me so far.”

Indeed, at 24-years-old, Brennan has made Pool his bread and butter as he works The Regal in Portadown and already he is the NI Blackball Champion and NI ranking event winner, the Armagh 8-ball Open Champion, as well as a winner in Wexford, where he came out on top of a entry list of 500 competitors and the former Newry Pool League and Newry Blackball Pool player believes he can have a decent future in pool.

“Pool is growing and the numbers at competing a tournaments prove that, whereas the numbers playing snooker is decreasing all the time,” said Brennan.

“In the Irish ranking events they are getting 300 or 400 entries at it, whereas you are getting 40 or 50 snooker entries.

“Pool is just a much easier game to play and young people these days are not prepared to put in the hard work and time or effort to be good at something, it is very difficult to be good at, so they play pool instead of snooker.

“There is more element of luck, which gives everyone a better chance of winning, whereas snooker is one of those games where you are good are you are not.”

There's no doubt Brennan has the talent and the right attitude to keep succeeding, be it pool or snooker.