O'Neill ducks under 20 minutes in time-trial 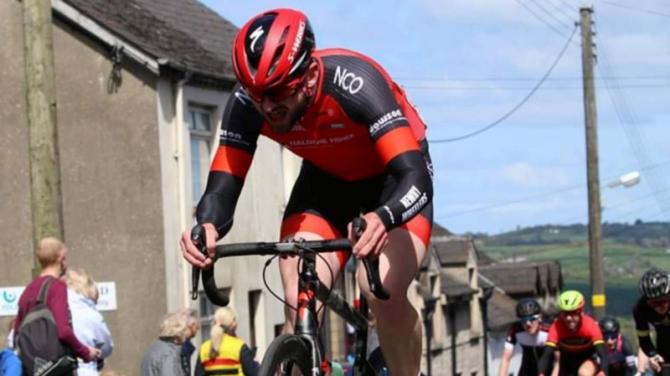 A NEWLY introduced time trial league, jointly organised by Newry Wheelers CC and Armaghdown CC, kicked off on May 1.

It was a perfect sunny evening for individual time trial pain on the Warrenpoint Carriageway in the 10mile event.

This time trial league doubles up as part of the FPM-PKF Newry Wheelers race league.

There were some super-fast results and personal bests recorded on the night.

The next race date in the FPM-PKF League is on May 14 on the Sportsman circuit.

Meanwhile the Victus Tour Of Ulster International Stage Race is nearly in its 60th year.

The 3-day international stage race started and finished in Banbridge each day, taking the riders on different circuits around County Down and the Mourne Mountains.

Stage One of the race took the riders on 90-miles of the tough, rolling roads of Annaclone, Hilltown, Rathfriland, Attical, Rathfriland, Clough and Ballynahinch to name a few.

After 15 miles 20 riders, including Gareth O’Neill, had opened up a gap of 30 seconds.

On reaching the third King Of Hill segment of the race, the gap had opened up to two minutes.

Gareth O’Neill was the best of the Team on the day with a super 12th place on General Classification.

Stage Two on Sunday would prove to be one for the climbers in the race.

This was a 95.8-mile stage with a minimum of seven different climbs, including Slieve Croob.

It was an extremely tough race day and all the guys did fantastically well and all finished strongly.

The third stage is to take place on Bank Holiday Monday with yet another tough course. A full round up will be in next week’s report.

BALLYGAWLEY was a popular choice for a good crew of ladies and men of Newry Wheelers on Sunday.

Clogher Valley Cycling Club hosted their annual GP with most of the races sold out on the day.

There was fast racing on the day with Barry Convery just missing out on the prizes - with seventh overall in A1/A2 race. Caroline Wade and Roisin McGivern took part in Ladies/Masters race. Both did well, respectively finishing third and fifth.