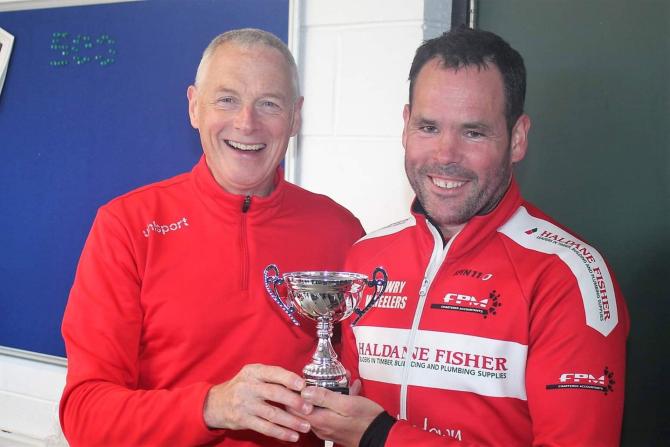 THE Apollo cycling team hosted a feast of racing on Sunday at the Kirkistown race track. Races included underage, junior, ladies and senior races. The event was to raise much-needed funds for NI Air Ambulance.
Michael Havern, Sean Featherstone and Kenny Bagnall were the best on the day for the Wheelers. Sean Featherstone finished second in the A2 race with Michael Havern fourth while Kenny Bagnall finished top ten in A3 race.
Racing kicked off on Friday night in Armagh at the Hugo Loughran GP, hosted by Island Wheelers CC. This is always a popular choice for the Newry Wheelers. No podiums places but some very fast racing on the night. Ralph Ginesi just missed out on top ten place in the A3 race.
Meanwhile Castlewellan was the location for Saturday’s racing. Hosted by West Down Wheelers, this event was mainly for A1/A2 and A3, as the Masters, Ladies and A4 races were cancelled due to lack of pre-registration numbers.
This though didn’t stop some good racing with Sean Featherstone, Kenny Bagnall, Kevin Lynch, Des Woods, Barry McKenna and Larry McCabe all finishing well in the bunch.
Kevin Lynch had a busy weekend of racing. After the West Down Wheelers GP on Saturday, he travelled to County Meath on Sunday for the Kilmessan GP, hosted by Skane Wheelers. And Kevin’s journey was worthwhile as he finished second in A2 race.
In the PKF-FPM Newry Wheelers Race League Tuesday’s race circuit was the Tandragee loop, rolling but fast. Gary Millar took the top points in Group 1/2 with Jude Sands picking up the points for Group 3/4.
The next race will be held June 4 on the Kilcoo Circuit for Eddie Crory Race.