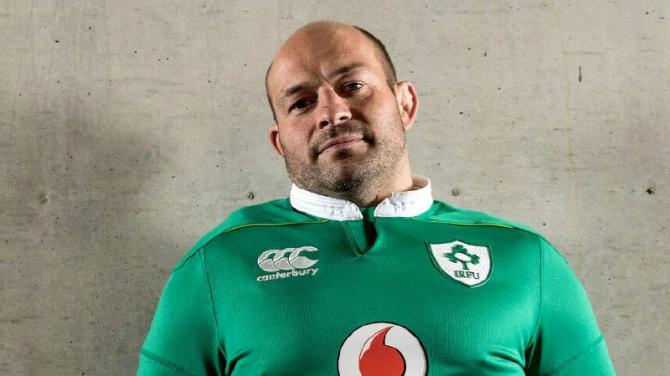 IRELAND’S hopes of achieving back to back Grand Slams for the first time ever were ended with a disappointing defeat at the hands of England in the opening game in Dublin.

That wasn't the start Poyntzpass man Best would have wanted to what is set to be his last Six Nations in the green jersey before retirement from international rugby, but his side hit back by beating improving Scotland at Murrayfield the following weekend.

The visitors won 22-13 in Edinburgh in spite of losing World Player of the Year Johnny Sexton to injury in the first half and Ireland won all their line-outs in spite of being without three of their four frontline locks including caller Devin Toner.

Best will likely have fellow Ulsterman Ian Henderson back to aim at this Sunday after the Lions lock's rapid recovery from a hand injury and Ireland are expected to be much too strong for tournament whipping boys Italy.

But Best and coach Joe Schmidt will also want an improved performance from their team ahead of next month's final two fixtures, at home to France and against Wales in Cardiff.

Any win was acceptable against Scotland to get the show back on the road, though the lack of a bonus point could come back to haunt the men in green, but Best feels there is much more to come from an Irish side ranked second in the world.

"It was tough mentally coming off the England game for it hurts to lose in this jersey and letting them get a bonus point especially at home made it worse so it was a long week," reflected Rory.

"But we have a lot of belief in ourselves as a team and what we are doing. We wanted a reaction to the England defeat and largely got that at Murrayfield.

"After being dominated in Dublin, we owed ourselves a physical performance and it was needed as Scotland came at us hard. The two teams really went at each other and maybe it wasn't the most spectacular game of rugby there ever was but we rolled up our sleeves and got the result.

"Our defence is something we're very proud of and we were quite clinical in taking a couple of chances which came our way. We wore them down and got the win we needed but we've still a lot of improving to do.

"Now we've got this win we have to improve, to get into more of a flow with our play and having two weeks coming into the Italy game gives us a chance to look at everything," said Rory.