KIlcoo out to make history at Croke Park 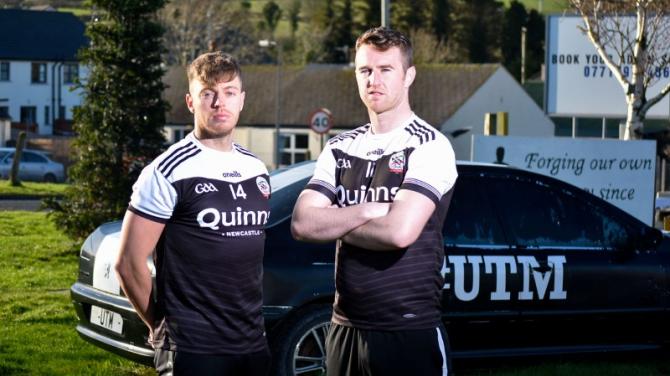 KILCOO'S Paul Devlin says that his side are ready to shift through gears required to get their hands on the Andy Merrigan Cup.

The Magpies are looking to land the coveted All-Ireland Club title at the first attempt and standing in the way is a three in a row chasing Corofin.

The game throws in at Croke Park on Sunday (January 19) at 4pm, with the hurling All-Ireland Final preceding at 2pm.

It promises to be a cracking finale because Corofin are widely regarded as one of the best club teams to ever play the game and that would be undisputed should they lift the title for third time, but Kilcoo have other ideas and I for one believe the Magpies can go all the way.

By their own admission , Kilcoo stuttered their way through the Down Championship and it was only when they competed in Ulster that the Magpies spread their wings.

Their performances have continued to rise since losing the shackles in Down and key playmaker Paul Devlin is comfortable with the belief that his side do just enough to win games.

“People always say that Kilcoo just do enough but we are meeting different teams all the time and they are getting stronger and better each game, so if Kilcoo are doing just enough then we must be raising the bar each game,” said Devlin.

“There is no doubt that every player in the Kilcoo team are ready to up it another gear and do whatever they are asked to do and we will do it to the best of our ability.

“You want to win it all and be greedy when playing because you never know when you might get the opportunity again.

“You always want to test yourself against the best and we had come up against some of the best teams such as Slaughtneil and Crossmaglen, so we were meeting top quality teams in our own province, so we knew that whenever we won Ulster that we must be a strong outfit.”

That Ulster Championship title win in early December was a huge monkey off Kilcoo's back. It was a generation’s worth of hurt, pain, near misses, as well as the elation of dominating the county landscape in Down.

And they put to bed any notion that the All-Ireland series was just a bonus after the maiden Ulster title with a blistering performance and controlled win over Dublin champions Ballyboden on January 4.

Devlin put in a wonderful display in Breffni Park and he is going into Sunday's finale brimming with confidence, and so he should.

“I feel like I am getting better and contributing more in general and my performance against Ballyboden was probably my best game,” Devlin said.

“Some games you can’t get into then you have up your work-rate because you can only control the controllable. If my work-rate is at a high standard then something might fall into me. My performance against Ballyboden was my highlight this year.”