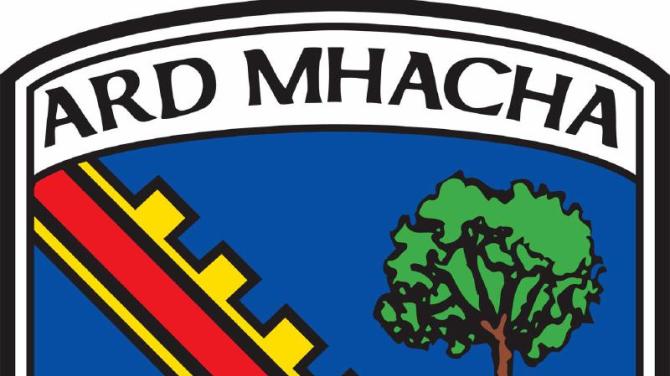 ARMAGH have made life difficult for themselves in NFL Division Two with this disappointing performance which condemned the hosts to a damaging defeat by bitter rivals Tyrone at Silverbridge.

With the new straight final format meaning a top two finish is needed to be in the promotion mix at the business end of the campaign, any slip-ups this year are likely to prove very costly.

Tyrone, who were in front for most of the match, probably deserved victory on the day but that doesn't detract from the fact that this was an important missed opportunity for Armagh.

Especially with Armagh having only three home matches out of seven, this hugely frustrating first league loss to Tyrone since 1996 will heap pressure on the Orchard camp ahead of this Sunday's tough trip to Tralee to take on Kerry.

Furious skipper Kelly Mallon and new manager Ronan Murphy will have to get their hurting team lifted for that demanding assignment as even one more defeat could leave Armagh relying on results elsewhere with four rounds of fixtures remaining.

They may take heart from the fact that Tyrone bounced back from a shock opening day defeat at newly-promoted Meath to raid the Orchard and Armagh must use that as inspiration as they bid to overthrow the Kingdom.

However winning will require a significantly improved performance from Murphy's side who have had an early wake-up call at the hands of a reasonably strong Tyrone team which came to south Armagh with a real sense of purpose.

Backed by a large, expectant crowd on a cold and breezy afternoon, Armagh had come into this derby battle on the back of an emphatic away win at Clare in contrast to Tyrone's ambush by Meath.

The Orchard outfit fell badly behind playing into the wind in the opening period, not helped by Blaithin Mackin being adjudged to have over-carried just before putting the ball in the Tyrone net past sprawling goalkeeper Laura Kane.

The less controversial late sinbinning of Fionnuala McKenna was also a blow as, in spite of fighting back to draw level, the hosts couldn't kick on to take the vital victory they appeared perfectly placed for five minutes into the second half.

At six down they had got a timely goal late in the first half and, although Tyrone had the last word before the break, Armagh reeled off four scores in quick succession on the resumption to get back on even terms.

Armagh had real momentum and looked like they could keep Tyrone trapped deep but they stopped pressing Kane's kick-outs effectively and, having switched Caroline O'Hanlon to full forward, failed to offer her reasonable service.

The visitors hit back with three scores of their own followed by a 43rd minute goal to go six ahead again and leave Armagh having to chase the game, with the wind dropping not helping the Orchard cause.

Captain Mallon landed a well-judged free and an absolutely superb run by Mackin, after vice-captain Sarah Marley made the initial foray from defence, to score reduced the arrears to four midway through the half.

The game was still there to be won but Armagh never got within two points until injury-time on an afternoon when Armagh's alarming lack of squad depth at present was exposed for the first time.

With a plethora of players not making themselves available for Orchard duty, new manager Ronan Murphy may have a huge panel in terms of numbers but arguably a core of only 16 proven performers at this level.

Some established stars have had better days but, with few bankers to turn to on the bench, Armagh made relatively early substitutions which looked like questionable gambles rather than enhancing hopes of victory.

In a pre-season interview, manager Murphy didn't explicitly state that promotion was Armagh's big goal this spring but, in a home match against Tyrone at any time of any season, no other consideration should compromise the imperative of winning.

Armagh had gone with an unchanged starting team from seven days earlier so schoolgirl Corinna Doyle, a surprise Doonbeg debutant, retained her place as one of six specialist forwards rather than Crossmaglen captain Aveen Donaldson being recalled.

The exciting prospect scored her first goal for Armagh, a perfectly clinical finish from an acute angle just before the interval when her team needed a scoreboard boost having been up against it playing into a strong wind.

In spite of Armagh having half a dozen natural attackers, Shauna Grey ended up playing further forward than where the need was greatest and was called ashore before the break to be replaced by Ballyhegan teenager Grace Ferguson.

Niamh Marley, who appeared to be on a final warning, was sacrificed early in the second half rather than a sinbinning being risked but taking such a potentially influential figure off carries a notable opportunity cost too.

The only plausible explanation for replacing Catherine Marley would be a belief that she had already emptied the tank in an exceptionally industrious display but the Orchard crew were weakened by her departure.

When Megan McCann of Clann Eireann came on for Forkhill's Megan Sheridan, the home team's entire original half back line had gone, and the regular reshuffling contributed to Armagh's lack of sufficient cohesion when the heat was on.

Like Donaldson, Silverbridge's own Niamh Reel is a proven player at this level and she got one of the points as Armagh attempted to come from behind in the second half, after taking over from young Doyle.

Mallon kicked five points in that final half hour, four from frees, to finish as top-scorer for a second week running while Mackin raised four white flags and O'Hanlon hit a left-footed free towards the end.

Armagh's opening point of the afternoon hadn't come until the 15th minute, from Aoife McCoy, who had hit a wild wide early on while appearing to be fouled but Down referee Brendan Rice let it go.

By the time she scored, Caitlin Kelly, Niamh Hughes and Emma Brennan had put Tyrone three up, the Mackin goal been disallowed and a good Orchard attack down the left featuring Clodagh McCambridge, Niamh Marley and McKenna yielded nothing.

After an awful wide from Grey, Tyrone eased six points clear with further points from play courtesy of Kelly, O'Neill, Hughes and Brennan before Mackin broke the sequence with her first score of the game.

Hughes restored the two-goal gap with another point before Doyle threaded the ball low into the far corner in the 30th minute and, although Kelly replied with her third score of the half, the orangewomen would have settled for trailing by four after facing into the wind.

When the deficit was wiped out within the first five minutes of the second period, the game seemed set up perfectly for Armagh but maybe they were guilty of feeling the win would just come and Tyrone had other ideas.

The Orchard crew were still in the hunt in the closing stages, with O'Hanlon dropping one sublime ball onto Mallon just like she had delivered a pinpoint pass to Mackin for the disallowed goal.

But Tyrone defended well, especially when McCoy was crucially crowded out close to goal in the 60th minute after good build-up play featuring Donaldson, Tiarna Grimes, Mackin and Sarah Marley.

Tyrone's All Star skipper Neamh Woods, who came away with the ball, was an effective force from midfield for her team on an afternoon when the scores were well shared around.

Brennan, sister of Tyrone men's players Lee and Rory, topped their charts with four points while Kelly and Hughes each had three in the opening period and O'Neill finished with three from play, two of them frees.

However Tyrone's key score was their only goal, netted by Chloe McCaffrey who had just come onto the field after losing her starting spot in the wake of the Meath match as one of three changes to the visitors' published line-up.

Wing back Slaine McCarroll, O'Neill through a free and Brennan from an acute angle had put Tyrone three ahead again after Armagh's early second half scoring spree so the McCaffrey major doubled their lead late in the third quarter.

That gave Gerry Moane's team a comforting cushion and they gave a master-class in keeping possession in injury-time as Armagh desperately chased shadows until Rice confirmed a defeat which could haunt the hosts.