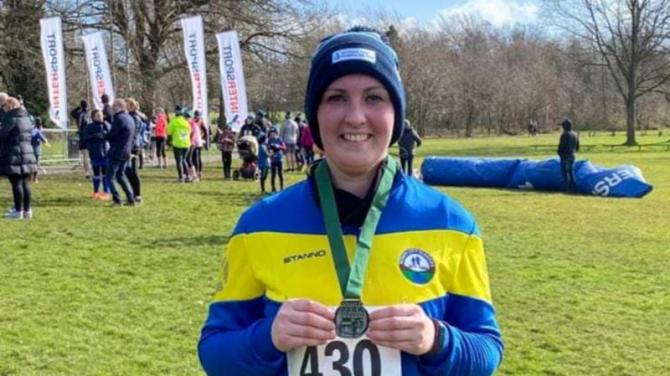 Thankfully, the storm had abated on Sunday, as Lurgan Park was the venue for the Park Fun Run (5K and 10K) for Southern Area Hospice.

This was an ‘unchipped’ event, so there are no official times available at time of print.

Gerald Morgan was in the 10K event finishing in a very respectable time of 45.43 (unofficial). Deirdre Kelly also took part in this event.

Peig McAuley and Gina McGoldrick took part in the 5K event also, but times were not available to report on.

The first race in the series of the Baker McKenzie Super 5s was on Sunday in Victoria Park in Belfast.

The series consists of a mixture of 5K and 5 mile distances, over a few months, of which there are 15 in total.

Patricia Brown, was refreshed after the Spirit of Running Awards, and had a great race, completing the course in 21.12.

Please keep continuing to support the Rostrevor Park Run Event and PM their Facebook page if you are free to marshal in the coming weeks/months.

The annual NCR Awards night will take place on Saturday (March 28). It is a chance to acknowledge and celebrate our member’s achievements. The venue shall be The Bank Bar and it all ‘kicks off’ at 19.30. Entry is £10.00 per person, and following the presentations there shall be food and a disco.

‘Club Person of the Year Award’ is voted for by you, the members, so get your ‘say’ and vote in by emailing your chosen member to events@newrycityrunners.com.

10th Race of the Winter Series

There will be three opportunities to win a prize at the end of the series.

Series Championship – compete in at least six of the eleven races in the series to enter the championship. Scoring will be calculated using WAVA age grading with a prize for the highest average score in both male and female categories. All participants who complete at least six in the series will receive a prize in recognition of this achievement also.

Participation Challenge – The person or persons, who complete the most amount of races in the series will achieve a well-earned prize.

Most Improved Competition – The runner judged to have improved the most over the series will received recognition for their hard work.

The races are as follows: