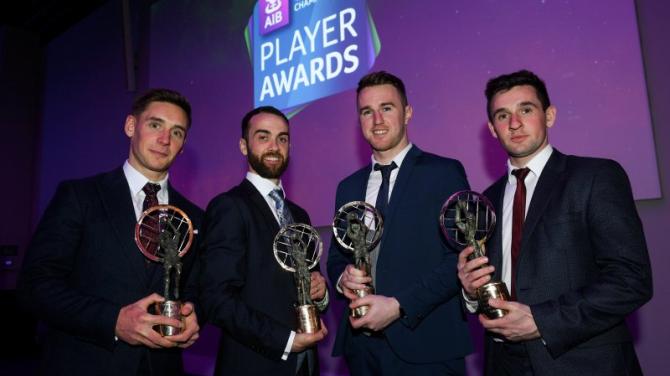 KILCOO brothers Aaron and Darryl Branagan were named in the AIB GAA Club Football Team of the Year, along with forward pair Conor Laverty and Paul Devlin.

Wing-back Darryl Branagan was also shortlisted for the Club Footballer of the Year award, but Corofin midfielder Ronan Steede took home the award.

A stalwart in defence all year, Aaron Branagan's contribution of 1-1 in the Ulster Club semi-final to win the game in the Mourne Men’s favour. His brother Darryl was vital in both attack and defence for Kilcoo, and was named Man of the Match in both the Ulster Final and All-Ireland semi-final victory over Ballyboden. Kilcoo’s scorer in chief of the campaign, Devlin’s accuracy from placed balls was of major importance, while joint-captain Conor Laverty’s leadership and experience was a real asset for the Down team in their record-breaking season and the current Monaghan senior team coach was delighted to be there.

“It is a fantastic honour to be here tonight there are a lot of great players here,” said Laverty.

“We started out at the start of the year with an ambition of winning an Ulster title, we had been on the road ten years chasing it and then ultimately that dream came through, although we did fall at the final hurdle and we didn't get what we wanted, it still hurts.

“But we will reassess over the next number of weeks and get back at it...we will take the learning from it and move on.”AIB, in their 29th year as proud sponsors of the AIB Club Championships celebrated the evening with the players, their friends, family, and GAA representatives to look back at their achievements at a ceremony which was hosted by GAA broadcaster Damian Lawlor. The winning players were selected and voted for by national and regional sports media, based on their overall performance throughout the 2019/2020 provincial and All-Ireland club season.