Down have long road ahead in pursuit of Anglo Celt Cup 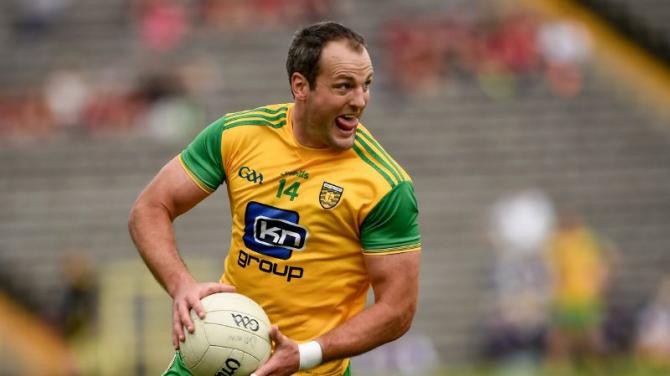 THE footballers of Down will take the long road if the they are to be crowned Champions of Ulster in 2021, writes Peter Bayne.

Lady luck certainly didn’t shine on the Mournemen in the long awaited draw as they face up to a Preliminary Round opener against Donegal on the weekend of June 26.

Ulster CCC have provisionally put in two dates, June 26/27, with Derry awaiting the winners of the tie on the weekend of July 10.

On the same side of the draw defending Champions Cavan travel to Omagh to take on Tyrone.

The draw couldn’t be any tougher for Paddy Tally and his team but they can take some comfort from the fact that they will be enjoying home advantage at Park Esler.

Down have a formidable record at ‘The Marshes.’ The only negative this time around being the likelihood of no spectators in attendance.

The Bookmakers are seldom wrong when it comes to posting up the odds for the respective Provincial Championships.

The fact that Donegal are joint favourites along with Tyrone (15/8), while Down are 25/1 to win the Anglo Celt, gives an indication of the monumental task which lies ahead.

However, Down have defied the odds many times before and it could be argued that Tally’s team are on an upward curb while Donegal are certainly not the force of old.

The last time Donegal played Down in a senior Championship game in Newry was back in 1971.

Cavan showed in last year’s Ulster decider that the men from Donegal are very reliant on starman Michael Murphy and when he doesn't play to expectations they are very vulnerable. Time will tell.

At the other end of the draw Armagh will surely make it to the semi final after been pitted against lowly Antrim at the quarter final stage.

Defeat here would be unthinkable for the Orchard men who should set up a mouth watering clash with Monaghan in the last four.

I feel the draw has presented Armagh with a golden opportunity to make a major breakthrough in 2021.

The time has come to deliver on year’s of promise, finding that consistency at the top level being their achilles heel.

See below schedule and exact dates and times will be confirmed at a later date.

(a) An DúnV Dún na nGall at Páirc Esler

If Doire V An Dún at Celtic Park,

The draws for the 2021 Joe McDonagh Cup has been made with Down being drawn in the same group as Kerry and Meath.

he All-Ireland hurling championships to begin on the weekend of June 26/27.

The Joe McDonagh Cup will be run under a new format with six teams, instead of five as was previous the case, after both of last year's Christy Ring Cup finalists Down and Kildare were promoted, divided into two groups of three.

Each team will play one home and one away match with the top placed in each group advancing to the final and the winner promoted to the Leinster SHC in 2022.

The bottom placed teams in each group will play-off in a relegation final with the loser demoted to the Christy Ring Cup.

Meanwhile, Clubs in the six counties will be able to participate in competitive games from May 7.

The Ulster GAA, following consultation with the GAA COVID Advisory Group and the Department for Communities/Sport NI, is providing the following guidance to clubs in the ‘Six Counties;’

1. From 23rd April 2021 full squad training can resume for youth and adult teams in preparation for a return to the playing of our games.

3. From 7th May 2021 competitive games under the control of County Committees can re-commence for youth and adult teams.

The following regulations apply in relation to the playing of games and training sessions in the ‘Six Counties’:

a. The maximum number of personnel involved at games/training must not exceed 100 persons under any circumstances. This includes players, team managers, officials, support personnel, medical etc. and media personnel, if appropriate.

b. The attendance of spectators is strictly forbidden including parents/designated persons at youth games/training. If a parent/designated person wishes to remain on-site for the duration of the game/activity, they may do so in close proximity to the event (e.g. in their cars) and must also have completed the GAA online health questionnaire prior to leaving home. It is important again to emphasise that the attendance of spectators is strictly forbidden.

It is both a great privilege and a great responsibility that our GAA units have been permitted to resume training and competition at this time and visible compliance from all of us is required.

It is anticipated that we will not be in a position to report on the potential dates for return of adult activity in Cavan, Donegal and Monaghan for a further 7-10 days. This, of course, is dependent on future announcements from the Irish Government/NPHET. Underage activity, under strict conditions, can resume from 26th April.

It is essential that both Executive and GAA protocols are observed at all times. In particular clubs should ensure that they;

5. Keeping all indoor facilities (except toilet/medical) closed at all times.

6. Ensure that each person attending training has completed the GAA online health questionnaire prior to attending – this must be done for every session. This includes a person/designated person accompanying a child and who intends to remain in close proximity to the event.

7. As per previous guidance, 2020 GAA Injury Benefit Fund cover has been extended to May 31 2021 and cover falls in line with the training and games activity permitted. No loss of wages cover is in place since January 1 2021.

8. All playing members must be registered on the GAA membership system Foireann in advance of returning to play/train.

For more detailed guidance on the GAA’s Covid-19 roles and responsibilities see https://learning.gaa.ie/covid19roles

In addition to the above please note the following for units in ‘Six Counties;’

All ancillary indoor facilities remain closed except toilet use;

Gyms remain closed except where existing commercial contracts are in place. In such instances the Executive guidance must be strictly adhered to.;

Astro turf facilities hired outside of the GAA use can take place in accordance with Executive guidelines.

All Club fundraisers on GAA property should not proceed until restrictions on mass gatherings for other events are amended;

Social Clubs/Bars serving both alcohol and food are permitted to open (serving outdoors only) from 30th April 2021, in line with Executive protocols.

Inter-county senior training re-commenced on Monday 19th April, while outdoor non-contact training at underage level (again in pods of 15 people or less) is scheduled to re-commence in the ‘26 Counties’ on Monday 26th April.

At this time the GAA awaits guidance from the Irish Government and NPHET in respect of our U17 and U20 Inter County activity. Meanwhile collective training at these grades is not permitted across all 32 counties. It is hoped that we may be in a position to provide a further update to counties in the next 7-10 days on this issue.

Having GAA training and games return to our fields is a positive and most welcome development but we remain in a pandemic and there is an onus on everyone to minimise risk and to play their part in ensuring that all protocols are observed. By doing this we will ensure that there is not further delay in our desire to ensure a full return to GAA activity at the earliest possible opportunity.