Town would be ill-advised to underestimate villagers 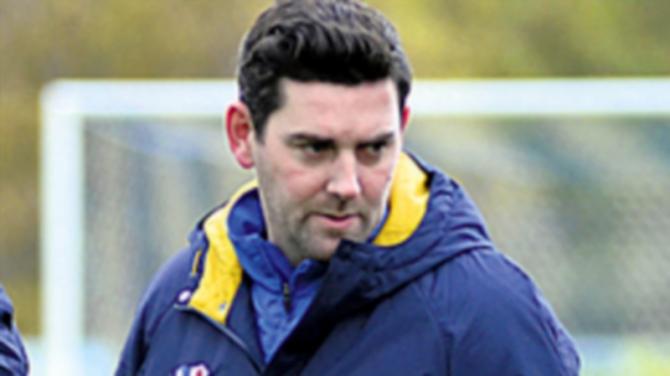 REJUVENATED Warrenpoint Town will be away to Loughgall in round two of the Sadler's Peaky Blinder Irish Cup this Saturday, writes Niall Crozier.

There are two ways of looking at that outcome.

With the likes of Linfield, Glentoran, Coleraine, Larne and Cliftonville among the opponents with whom Barry Gray's side might have been paired, they can be relieved at having avoided those fancied runners.

The opposite side of that particular coin is that they now face a potential banana skin in the form of one of the best sides in the Championship. Warrenpoint would be well advised not to underestimate Loughgall.

As well as being a purist intent on playing good football, the villagers' manager, Dean Smith – with the all-important backing of the club's Directors - has proved himself to be a clever planner who has built a squad consisting of experienced campaigners alongside promising young players.

A canny tactician and a good man-motivator, he has moulded a group which, had the 2020/21 Championship campaign gone ahead, might now be poised for an upgrade to the Danske Bank Premiership.

Understandably, Loughgall were frustrated that coronavirus – and the Northern Ireland Executive's imposition of severe restrictions in response to it - denied them that opportunity.

However, they now see the Irish Cup as providing a stage on which to demonstrate their ability to compete against top tier opposition. For that reason, Warrenpoint must be wary.

Manager Smith's reaction to Saturday eveving's draw which pitted his side against the Town was, “It's a home tie and that's probably the most important thing for us. Having played competitive fixtures since October, Warrenpoint's match-fitness is going to be better than ours, so we're going to have too come up with a plan to cope with that.

“They're the better team, playing in the division above us, so obviously it's going to be a big test. But, finally, we've now got 90 minutes of competitive football behind us – and that's totally different to friendlies where there's nothing at stake.

“Warrenpoint's form has picked up a wee bit recently and I'd imagine they'll have looked at the draw and thought, 'Yeah, we're happy enough with that.'

“From our point of view, we know we could have drawn tougher Premier League opponents, so we're okay with it, too - particularly with it being at Lakeview.

“We know we'll have to be a lot better than we were against Banbridge, but having got that one behind us, this is now about trying to take the next step.”

His reference to Warrenpoint's form having “picked up a wee bit recently” is significant, for following a run of 13 Premiership matches without a win – nine defeats and four draws – the Milltown men finally beat Ballyclare Comrades 2-1 in the Irish Cup last Tuesday night and, by way of encore, Portadown by the same margin at Shamrock Park in the league on Saturday.

Tonight (Tuesday) they go to Dungannon Swifts – also in the league – and were they to win at Stangmore Park, that would see them complete a hat-trick of victories.

Given that, up until last Tuesday, they had not won a game since March 6, three triumphs in the space of seven days should see them make the trip to Lakeview Park in a much better frame of mind than would have been the case a short time earlier.

The Town's head coach, Rodney McAree, told The Democrat, “When the draw's being made you hope to avoid the bigger teams in the earlier rounds to give yourselves a better chance of having a cup run.

“We got Ballyclare in the first round and our approach to that was 'Let's just get through this'. Now we've got Loughgall and I know it's a cliché, but that's a tough place to go.

“It's a very good pitch, it's small and compact, so it's going to be tough game, though it's one that we have to go into with a bit of confidence.

“Dean has done a great job there. He has them competing again and they're normally at the top end of the Championship table. They're enthusiastic about trying to get promotion up to the big league, so obviously they're a club with ambition.

“From all accounts they're keen to play football, which is the same as what Barry's trying to do here since that suits the type of players we have.

“We've good players who have League of Ireland experience and others from the north like Fran McCaffrey and Brandon Doyle, so we have to try and push things on a bit and get the team playing a better brand of football.

“If Loughgall want to play good football, and we want to do that too – provided it's in the right areas, that is – then Saturday should be a good match.”