Coulter calls it for Down and Armagh this weekend 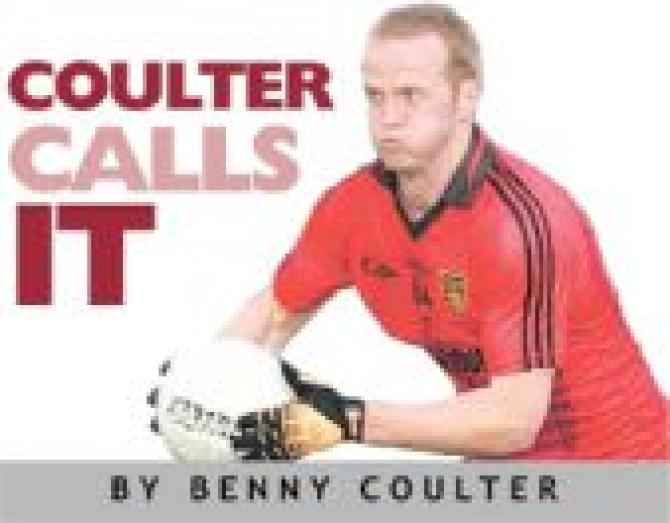 Down travel to Castlebar on Saturday to take on All Ireland finalists Mayo in the first game of the National league.

It’s a hard game to call as both teams haven’t played any football in 5 months so nobody really knows what to expect.

In normal circumstances playing the All Ireland finalists in the first National league match would be seen as an opportunity to catch that team on the hop but the fact that it’s a short league and the championship is just around the corner I don’t think Down can take Mayo for granted.

That hangover that teams would normally have after competing in the final should not exist.

Down have enough quality throughout the pitch to compete and pick up an unexpected 2 points but I think Mayo will go in as favourites and I expect them to win by a few points.

Down have brought in a few new players and I expect to see a few new faces. Downs aim for the league campaign should be to work on their kickout and try unearth another inside forward as both Donal O Hare and Jerome Johnstone look set to miss the championship.

Those 2 lads have been Downs best forwards in recent years and have probably scored up to 50% of Downs scores so that really needs to be addressed.

Cory Quinn has been used as an impact sub for 2 years but I now think it’s time to give Cory that starting jersey and trust in his ability. He needs those run of games and the confidence that he will be a starter to get the best out of him.

It’s hard for a player to try get some form if he knows he won’t get much game time. In defence I expect to see the return of Gerard McGovern and Darren O Hagan to be a massive boost. Both those players are potentially Downs best 2 man markers so it will be great to see them both back in the red and black. Mayo have had a lot of retirements but they still have a very strong squad to pick from so I will go with a 3 point win for Mayo

Armagh take on Monaghan in a must win match if they are to stay in division 1 as you would expect them to find it difficult to get results to both Donegal and Tyrone so this is a massive game for them.

Armagh have a serious team and in the O Neill brothers they have match winners. Rian has started his intercounty career really well but what he needs to bring to his game is consistency.

He has the potential to go right to the top and if Armagh are going to be successful they will need Rian going really well. Armagh also need to find themselves a few defenders that can cope with the best forwards in Ireland. We witnessed what happened them last year against a top quality side like Donegal but playing at this higher level will set them up well for the Ulster championship in a few weeks time.

The return of competitive action returns this week in Down with the start of the pre season Corn An Duin cup on Friday night. This competition will be played before the league with players that are playing for Down excluded from playing.

It’s a competition that most teams will use as matches to get themselves ready for the season ahead. I am over Longstone and it’s great that I will be able to get a look at all players before the league starts. It’s a competition that players that are on the fringe will really want to put their hand up for a starting place. It’s disappointing and frustrating that no crowds are allowed into games but I expect that to change this Thursday or next. I really don’t see why 200 or 300 supporters can’t attend club games in Down. Who is going to stand at a gate on Friday night and tell members that they can’t enter a ground that they put so much work into. Hopefully the government see sense pretty soon and release a date for a return of supporters to matches.