Do or die for Down 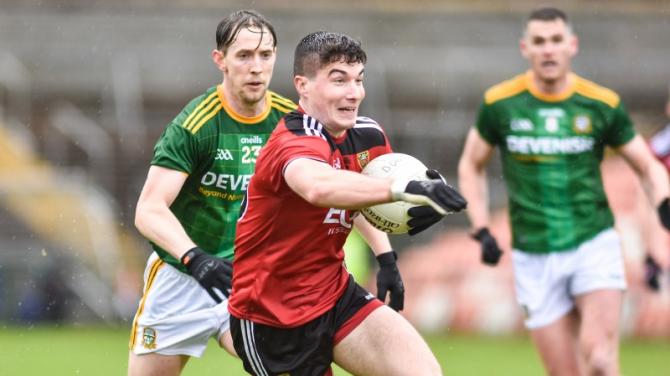 DOWN’S do or drop game against Laois is expected to be a tough battle on Saturday night.

The O’Moore men haven’t won a game this season with defeats to Clare, Cork and last week’s 13-point drubbing to Kildare. Morale will be low, but Laois were in a similar position last year and two late goals against Fermanagh saved their Division Two skin.

They are experienced Division Two operators, with quality players such as Brian Byrne dominant around the middle, while Evan O’Carroll and Gary Walsh are dangerous forwards.

But Down have to go into Saturday’s contest in confident mood, they got the wake-up call and the scare they needed against Westmeath but more importantly held out for victory. And while not good for the hearts, Down would settle for another nervy one-point win.

Annaclone’s Brendy McArdle is looking doubtful and that is a blow to the Mourne men, however, Darren O’Hagan has got more game-time and training minutes under his belt, and he offers Down much assurance and influence in the spine of the team.

In his column Benny Coulter rightly points out that Paddy Tally has a decision to make of whether he goes for the shot-stopping prowess of Rory Burns or kicking ability of Marc Reid for the goalkeeper position. It’s a nice problem to have but Down need more players to come available for kick-outs. Caolan Mooney picked a few fine fetches around the middle the last day but Down need to spread the burden.

Down possess lethal pace in attack and defence. Pierce Laverty is another whippet to the Down defence that offers a lot going forward. Paul Devlin’s kicking is going to be key. With Laois expected to sit deep and attack Down on the counter, the Mourne team have players such as Ceilum Doherty, Peter Fegan and Daniel Guinness who are skilled in turning possession over and with Mayobridge’s Cory Quinn, Burren’ Liam Kerr and Clonduff’s Barry O’Hagan able to find space, the delivery from Devlin and Mooney could be vital.

It is a massive game for Down and when the format for the league season was first set out this would have been the scenario they would have expected. Paddy Tally is building a young team and they don’t need another season in Division Three.

The Ulster Championship is less than a month away, but Donegal won’t come into Down’s thinking on Saturday. This relegation play-off is the biggest game Paddy Tally’s men will play this season. Victory in Pairc Esler and all will be well, and the team can plan and plot for a Donegal ambush and continue to build and grow as a unit. Defeat and it’s another season in the trenches where players will build character but it’s not where they want to be.

And with the Down fans, all 500 or so, in full voice, Down can get over the line.

Walsh is a top and seasoned forward and player for the big occasion. It was his two goals late goals against Fermanagh last season that kept Laois in Division Two last season. He finished the highest scorer across all four divisions only three seasons ago, so whoever is given the role to mark him has a vital role. It is a position that would suit Gerard McGovern if his suspension is finished or captain Darren O’Hagan is more than up for the task.. Both are physically strong and are decent in the air and top man-markers.

Of course, O’Hagan will burst forward more often but Walsh isn’t always too keen on tracking his marker and is a danger to Down at the edge of the square.

Saturday’s throw-in is at 6.15pm in Newry’s Pairc Esler.