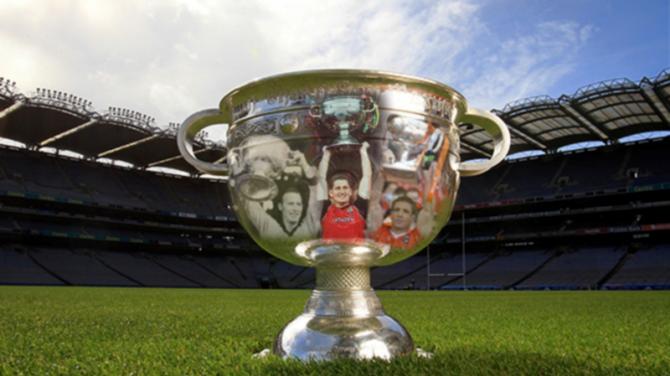 Delegates at GAA Annual congress on Saturday voted in a revamped Senior Championship.

Almost 95% of delegates backed a tiered All-Ireland structure where the eight provincial finalists will compete for the Sam Maguire Cup along with the next eight teams ranked in order of league seniority.

Those counties will enter a round-robin stage comprised of four groups of four, with the group winners progressing straight to the All-Ireland quarter-finals.

The second and third-placed teams will vie for the remaining four quarter-final spots.

The new format will not be in place this year, but will take effect from next season.

For those Counties who fail to make it to the ‘Top 16’, they will compete for the Tailteann Cup which will follow a similar structure, with New York entering at the preliminary quarter-final stage.

Down have won no fewer than five All Ireland football titles the last coming in 1994.

It would be unthinkable that the men from the Mournes would not be competing for the Sam Maguire such is their long and proud history in the premier football competition.

However, such a scenario could indeed come to pass.

Currently Down find themselves at the wrong end of the Division Two National table and preparing for a real dogfight in the remaining three fixtures.

The Senior team is currently in transition under the guidance of former great James McCartan (Junior). While Down club side Kilcoo has enjoyed great success on the All Ireland stage this has so far failed to reap rewards on the Inter County scene.

The County Under 20s enjoyed Ulster success last year so brighter days could be on the horizon.

Neighbours Armagh, who won their only All Ireland back in 2002, are flying high presently and will be one of the major All Ireland contenders for the foreseeable future such is their strength and depth.

A motion to introduce an Under-19 grade at inter-county level for a three-year trial period was defeated. It received 55.6% of the vote, falling short of the 60% that was needed to carry the motion.

The GPA's motion calling on the GAA to prioritise integration with the LGFA and the Camogie Association passed with 89.8% of the vote.

Three motions proposing changing the inter-county minor grade from U17 to U18 were withdrawn after GAA president Larry McCarthy suggested a Special Congress later this year to discuss underage grades.