Permutations at both ends of the table 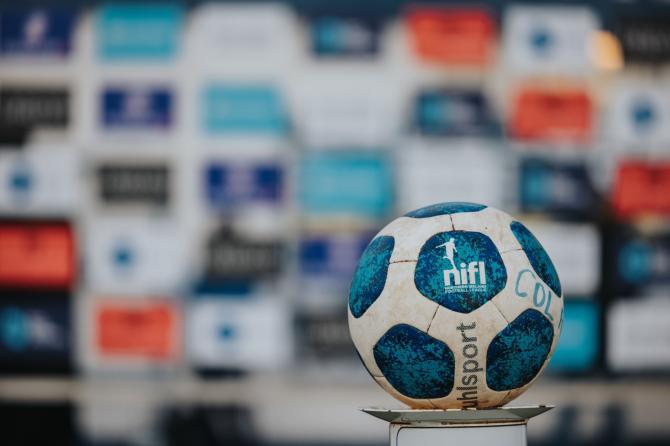 The Danske Bank Premiership gets ready for matchday 36.

Easter Tuesday will see crowds flock to stadiums across the country this evening for the latest instalment of fixtures in the Danske Bank Premiership.

As the race for the Gibson Cup heats up, leaders Linfield will aim to remain top as they head to in-form Crusaders. The Crues have won their last five matches in all competitions - including Saturday's 4-1 win at Coleraine - whilst Linfield drew 1-1 with rivals Glentoran at Windsor Park on Friday night.

That draw presented Cliftonville with a chance to move top if they were earned all three points at home to Larne - but they too would be left frustrated as the game finished scoreless. That result means Paddy McLaughlin's troops are a point behind the Blues ahead of tonight's trip to free falling Coleraine. The Bannsiders have only won one out of their last nine games but will need to find some momentum ahead of the Europa Conference League qualifiers at the end of the season.

Glentoran - who are five points behind Linfield with three games to play - will also hope to keep the pressure on the top two as they welcome Larne to The Oval. With the top two clubs in the Premiership earning European qualification, Mick McDermott's men will also look to reel-in Cliftonville as the two sides face each other on the final day of the campaign.

In Section B, Warrenpoint's relegation will be confirmed if they fail to pick up maximum points from their trip to Ballymena United this evening. The Sky Blues are now only a point behind Glenavon in seventh as the two aim to finish in that coveted position to earn a shot at European qualification.

Elsewhere, Portadown could also send Warrenpoint down if they earn even a point from their clash against Dungannon Swifts this evening. The Swifts have won all three contests between the sides this season and they know a positive result will eliminate their chances of being involved in the relegation/promotion play-off.

Similarly, Carrick Rangers will avoid a relegation/promotion play-off if they can get the better of Glenavon this evening in east Antrim. The 'Gers earned a massive three points against Warrenpoint Town last time out, whilst the Lurgan Blues will be licking their wounds after a 3-2 loss at Dungannon.