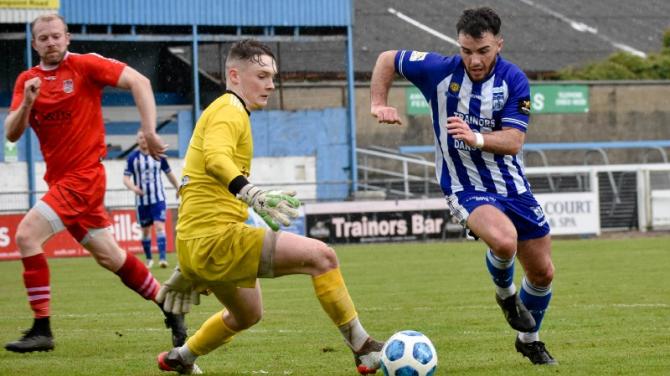 NEWRY City AFC manager Darren Mullen has new players on his radar but says he won't be signing anyone for the sake of it.

First of all though he has secured the services of the Championship winning players such as attacking midfielder Philip Donnelly, who has Premiership experience.

“I really enjoyed my first season back at Newry, so it was an easy decision to re-sign when Darren offered,” said Donnelly.

“Everyone at the club has been fantastic, especially the fans who have been so welcoming so I’m looking forward to continuing to growing that friendship over the next few years.”

Newry City AFC have secured the services of the bulk of their Championship-winning squad for the new season as they prepare for life back in the Danske Bank Premiership.

That re-signing comes hot on the heels of new deals for the highly-rated duo of Northern Ireland Under-21 international John McGovern and joint top-scorer James Teelan.

“For any manager, the time after the season finishes is probably the busiest time of the year, between signing players, organising contracts and sorting pre-season. That has definitely been the case over the past 3-4 weeks and it’s good to see some of that work coming to fruition.

“We have lads who are already on two-year deals ,so it’s vital we get the other existing players who are remaining on new deals. That process in ongoing and going well so far. There are also plenty of discussions with possible new players, but it’s hugely important that we don’t sign players for the sake of it, especially with the budget constraints we have in comparison to other established Premiership clubs.

“As a club we have to work smarter to make sure we have the best possible squad to compete in next season’s Premiership and I can assure our fans we are working hard to do just that.”