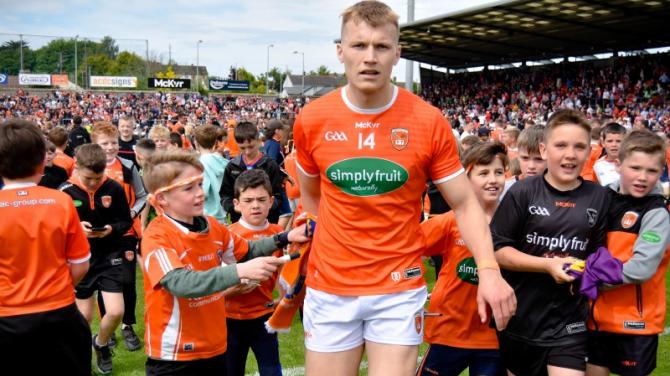 ARMAGH’S reward for ousting the All-Ireland champions is to get another crack at Donegal in Clones on Sunday (June 11) at 4pm.

There will be no need for motivational speeches, the ammunition and target has been laid down since the Ulster championship exit. Likewise, Donegal have already proven they can beat Armagh, but in neutral grounds and with a great performance under their belt the Orchard lads will be confident of gaining revenge. An All-Ireland quarter-final is at stake.

First for Armagh is to manage the growing injury list and while confidence will be high, Orchard assistant manager Kieran Donaghy says his side have room to improve.

“We have to go to work this week and be better in those areas where we look for improvements as a coaching staff and I know the players, when they review the game, there was areas we will want to work on in Tuesday’s training. It is a big win no doubt,” said Donaghy.

“You are playing provincial losers so you are playing teams that got into finals and they have had two weeks to regroup and there are good teams in there but we fancy ourselves as a good team as well. It is really about performance and when the boys are back, they will realise that they performed well and that is the game is about.

“We can train, Kieran [McGeeney] can do all the brilliant work that he does as a manager, if players don’t deliver it is a hard one to take as a group of players. They delivered today but we will be keenly refocusing on getting the bodies right for Tuesday [tonight], which is a big date on our calendar.”

Connaire Mackin is doubt after his collision on the pitch, which is a massive blow. Niall Grimley and Ciaran Mackin are already ruled out through injury while Killeavy’s Ciaran O’Hanlon faces a race to be fit in time. Culloville’s Niall Rowland is a player ready to come in if fit.

The Star says that the Orchard faithful can have a big part to play against Donegal.

“We need that Armagh crowd whoever this next game is against to travel in their droves because I think this team feeds off that kind of stuff when they are getting really in behind us.” Donaghy said.

“You could feel that today with fellas diving for loose balls, and you see Soupy as well at one stage there was a break, normally he might go for it but this was a full stretch hand in, he taps it, then Crealey brings it out to Mark Shields and we are away.”

So get your flags, or flegs, hats, scarves and headbands and designated driver sorted because the trip to Clones is happening.

It has been a while for Armagh fans. The team feeds off supporters so it is up to the Orchard faithful to come in high numbers and full voice.