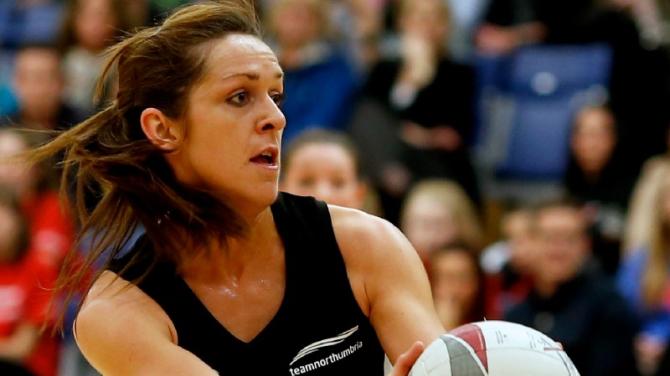 LAST Thursday’s announcement that Caroline O’Hanlon has joined Liana Leota’s Leeds Rhinos revolution heralds the start of an exciting new career chapter at a time when some fans feared they had seen the last of the evergreen veteran in netball’s British SuperLeague.

The Yorkshire franchise’s new Director of Netball is embarking upon a major overhaul with a significant turnover of playing personnel since last season and sees her old Manchester Thunder team-mate O’Hanlon as a prime piece of the jigsaw she is putting together.

The pair had an incredible connection on court as centre and wing attack in Thunder’s SuperLeague-winning team of 2019, after which Leota moved to Severn Stars in a player-coach role working under fellow New Zealander Melissa Bessell.

In a summer marked by major moves between franchises and news of more overseas stars being bound for the northern hemisphere’s flagship franchise competition, O’Hanlon’s hop across the Pennines is arguably the star signing that has captured the imagination most.

That isn’t just from a parochial perspective here in the Orchard county where triple All Star O’Hanlon is a sporting goddess for her exploits as Armagh’s greatest ever female gaelic footballer never being Northern Ireland’s most capped netballer of all time.

It’s the verdict of many netball fans on social media, some from as far afield as Australia, who are delighted that O’Hanlon will still be playing at the elite level until at least next summer regardless of whether the NI Warriors qualify for the World Cup in South Africa.

The incomparable Bessbrook sportswoman announced in late July, just before captaining Northern Ireland at her third Commonwealth Games, that she would be leaving Manchester Thunder on the back of winning the SuperLeague title with them for the second time.

Although there was no indication in O’Hanlon’s video message that she was retiring from professional netball, there was nothing to the contrary either, prompting understandable speculation about the future of a player about to turn 38 at the start of last month.

Apart from O’Hanlon’s age fuelling that retirement talk, her Thunder departure was differentiated from those of the other three high-profile players leaving the SuperLeague champions in that no new destination was signalled at the time.

By contrast, the SuperLeague signing window didn’t officially open until August, but with hindsight O’Hanlon’s move from Thunder to their northern rivals Rhinos shouldn’t be seen as the surprise it might appear at face value, especially with Leota’s Leeds appointment.

Thunder were labelled the best SuperLeague side ever after a perfect campaign in the first half of this year which saw them crowned champions with 22 victories from 22 games, smashing scoring records in the process.

Six of a star-studded starting side dubbed the ‘magnificent seven’ subsequently shone for four different countries at the Commonwealth Games, with O’Hanlon and Nat Metcalf captaining Northern Ireland and England respectively.

However, that dream team has substantially broken up with the exit of those top players, meaning a major rebuilding job for the season ahead albeit that Thunder will still be credible contenders to retain the title.

However, O’Hanlon has always wanted to keep challenging herself in new ways, something she touched upon in an interview with a leading English netball podcast the week after Thunder’s title triumph at the start of June.

Considering the status she enjoys now as one of the competition’s top players, it’s easy to forget that, in spite of playing international netball since she was at school, O’Hanlon’s SuperLeague story didn’t start until the year she was turning 30.

In preparation for Northern Ireland’s maiden appearance at the Glasgow 2014 Commonwealth Games, Kiwi Kate Carpenter brought seven of her players to Team Northumbria, where she was doubling up as head coach at the time.

Gemma Gibney, Noleen Lennon and Oonagh McCullough have since retired from international netball but O’Hanlon, her vice-captain Fionnuala Toner, Niamh Cooper and Michelle Drayne were all at their third Commonwealth Games this summer.

O’Hanlon spent two seasons at the now-defunct Northumbria before taking a year out of franchise netball and she then joined the new Scottish Sirens side for their first SuperLeague campaign in 2017.

That autumn, O’Hanlon was signed by Karen Greig, paving the way for an unforgettable five-season spell in Manchester which brought two SuperLeague titles and saw her voted the greatest centre in the franchise’s history by the Thunder fans.

She established herself as first choice centre right away and helped Thunder reach the semis in her debut season before becoming the first Irishwoman to play in a SuperLeague Grand Final in May 2019.

O’Hanlon played the full hour as Thunder dramatically came back from six goals down at the start of the last quarter to win 57-52 in London’s Copper Box Arena against a Wasps side aiming to complete a hat-trick of title triumphs.

O’Hanlon had adapted so well to the unfamiliar role of wing attack in that campaign that she won three Player of the Match awards in spite of playing out of position. Then this past season was about reclaiming the title, and Thunder duly did so in style.

When asked in that podcast interview in early June about being motivated to continue in SuperLeague for the 2023 season, O’Hanlon referenced that positional switch and title win in indicating it could come down to whether she could identify new ways of challenging herself.

You can see how a fresh start at a different franchise and the opportunity to work with old accomplice Leota in trying to build something special at ambitious Rhinos definitely fits that bill, so last Thursday’s news was stunning but also makes absolute sense.

The announcement came via an elaborate video on Rhinos’ platforms featuring young Yorkshire netballers building up to revealing O’Hanlon’s name, and news of her signing sparked pure excitement and delirious rejoicing on the part of Rhinos supporters online.

It is testament to the respect in which O’Hanlon is held that there was no notable backlash from Thunder fans, many of whom had declared themselves gutted and paid fulsome tribute when she announced her departure in late July.

In that farewell video message to the Manchester supporters breaking news of her exit, O’Hanlon said she hoped to have a warm welcome when she returned to Belle Vue, and now it has become clear that will be as opposing player rather than as a fan post-retirement!

Both she and Leota were heroes at Thunder while lively young circle defender Millie Sanders, who has followed O’Hanlon in moving to Leeds from Manchester now, was another fan favourite at Belle Vue last season.

Compared to Yorkshire and Lancashire in cricket, netball’s War of the Roses is still in its infancy with Rhinos having just completed two seasons in SuperLeague, the first of which was mainly played behind closed doors due to the pandemic.

Last season, Thunder were just too good, winning the most recent clash 84-59 at First Direct Arena in Leeds, but a record crowd of 4102 for that match combined with an attendance of some 5000 in Manchester in March suggests the appetite is there for these derby battles.

“I loved my time at Thunder and the supporters really took me under their wing so it will be a wee bit strange but it’s always a great occasion and the rivalry has been building over the past couple of years so I’m looking forward to these being big games.”

O’Hanlon has certainly got big boots to fill at Rhinos, given that the first-choice centre she is replacing, the legendary Jade Clarke, is England’s most capped netballer of all time and the woman who led Leeds at the outset of their SuperLeague journey.

In fact, the only core players still there from the last campaign are Oyesola, SuperLeague Players Player of the Year nominee Brie Grierson and young Northern Ireland defender Michelle Magee, who started the last 13 SuperLeague games of this past season.

Along with O’Hanlon and Sanders, summer signings include Wales captain Nia Jones from Cardiff franchise Celtic Dragons, a former international soccer player, and the returning Rosie Harris, a versatile player who was part of the original Rhinos squad for 2021.

The latest addition is goal attack Paige Reed, who Leota worked with at Severn Stars, leaving four places to fill on the Rhinos roster, one of which will be taken by another towering overseas shooter to replace Burger.

Leota, who won gold with the Silver Ferns at the 2010 Commonwealth Games and silver four years later, was part of the England Roses set-up at Birmingham 2022 as an assistant to Jess Thirlby but this is her first head coach gig.

“I know from some of the England girls what a positive influence Liana has been with the Roses,” says O’Hanlon, who is looking forward to working with Leota for the first time since they lined out together for a SuperLeague All Stars side in January last year.

“She has played at the highest level across the world, is one of the best players that I’ve ever played with and now I’m looking forward to how she applies all of her experience and attributes as a coach.”

Given the extent of the overhaul of the Rhinos roster and the fact that Leota has got a three-year contract, bringing in O’Hanlon shouldn’t be considered a short-term measure in spite of the player’s advanced age.

Although the opportunity was too tempting to turn down for O’Hanlon and it’s understandable why the Rhinos head honcho would want such a steadying influence in her squad, it’s unlikely Leota would begin building her team around a player only there for a single season.

So, while the initial commitment is just for 2023, it would be no surprise to see O’Hanlon lining out for Rhinos at least until the summer she turns 40, though don’t rule out the Leeds side as title contenders next season if they can gel quicker than other revamped teams.

“There has been so much movement of players this summer so we’ll see much-changed rosters for the new SuperLeague season. I think we’re all glued to the social media channels to see where players will pop up next!” reflects O’Hanlon.

“It’s going to be a really exciting year, there’s probably going to be a shake-up in terms of what teams are in the mix. It’s all to play for really because everybody’s in the same boat with new players, new combinations and it’s who adapts best and hits the ground running.”