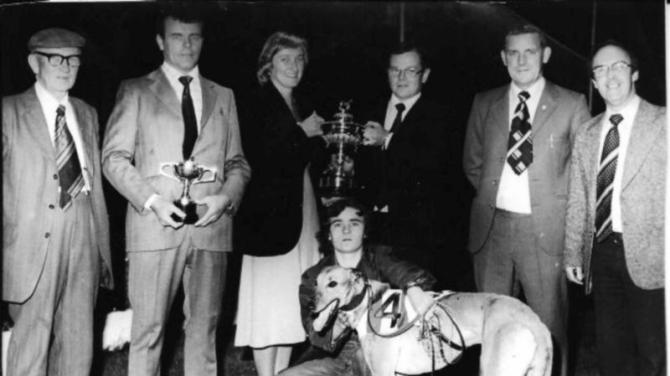 THE greyhound fraternity, North and South, will come together this Saturday night in memory of former Down GAA great, the late James McCartan.

James McCartan passed away in August 2021. He was without fear of contradiction one of the greatest GAA footballer of All time.

Away from the football fields of Ireland, James had a great love for greyhound racing.

He was a popular figure at tracks throughout Ireland, from Drumbo to Shelbourne, Harolds Cross to Dunmore, Dungannon to Dundalk.

One of the many highlights enjoyed on the track came in 1978 when Gullion Lad won the Irish Cesarewitch.

Another one of his favourite greyhounds was Hymerstown Owl, a regular scorer at the former Dunmore Stadium.

The big gala night at Drumbo will feature an 11 race programme.

The highlights will be the James McCartan Open Sprint and Open 550 races.

Organisers will be hopeful of attracting top class entries which may include a few competitors from the Iris Derby field which is presently at it’s concluding stages in Shelbourne.

McCartan Snr played on the history-making Down team that won consecutive All-Ireland senior football titles in 1960 and '61.

McCartan and his colleagues brought Sam Maguire across the border for the first time with the win over Kerry in 1960. A year later a record 90,556 attended Croke Park as the Mournemen got the better of Offaly.

As a lively forward, McCartan also won two National League medals and was twice named Texaco Football of the Year. He later served as Down manager, leading the county to a league title in 1983.

The first race at Drumbo gets underway at 8.00pm.